The “Once Upon a Time” and Re-Emergence of E-Topup

Recently we saw some major Telcos in the emerging markets go for a complete transformation of their E-Topup platforms. The eTopup software solution (or platform, or system) is actually the cash register of any telco, usually accounting for almost all their revenue because around 90% of their prepaid subscribers use ‘top up’ services instead of vouchers for recharge).

A question that naturally comes to the mind is - Why on the earth would any telco want to change a business critical IT software system that works fine? What is the business reason to invest in swapping a perfectly working business critical platform? Curious? read on.

It all started in early 2000 s in Philippines, just after the prepaid phones took all the emerging markets by storm, within 2 years the prepaid vs subscriber skew went from 95% post-paid and 5 % prepaid to a surprising skew of 80 % prepaid and only 20% post-paid. The only way to recharge a prepaid phone back then was a recharge voucher, which were mostly scratch cards

Physical Recharge vouchers and their distribution was not only expensive, but also prone to damage, theft & stockouts of fast moving denominations at merchants.

It was a pretty bad situation for Philippines due to its demography –with a complex distribution scenario to thousands of scattered islands…… This was the worst for Telcos in the Philippines as the distribution to islands distant and remote was near impossible during the monsoons and frequent cyclonic weather that Philippines is prone to. The denomination of vouchers used to be high and subscribers recharged for a full month. Well, not everyone, (actually very few) could afford a high denomination recharge. Telcos like Globe and Smart found a very innovative solution that changed the whole work flow and business of the Telco prepaid phone industry in the developing world in the subsequent Years to come. They implemented Electronic Topup and used the SMS Channel as the UI to distribute electronic recharge stock instead of vouchers and subscribers could go to Agents pay cash over the counter and the Agents/retailers would recharge them with whatever amount they wanted, to an extent of as low as Rs 10 (In the indian context) … very small amount recharges suddenly became possible.

For both Telcos & consumers or subscribers, this was a DELIGHT!!! Believe it or not it was all done over plain text SMS and on a lighter note people joked that Filipinos could text even while riding a bike. No fraud was reported, but the UI evolved with time and to begin with the channel was still SMS it was encrypted on a STK menu. Subsequently USSD and off course the present day Mobile App evolved as more secure and convenient UI.

India followed right behind and launched its first Prepaid Recharge in January 2004. And later the “chota recharge” as low as a 10 rupees recharge became a rage and took the Telco industry by surprise. I think some of you from my time will remember this Sharukh Khan Advertisement to “recharge whatever you want”( Indian diaspora context ) https://youtu.be/sIcKPFU6_UA very soon it was followed by an Ad showing helper at a paan-shop (small street Cigarette & beetle-nut Vendor) calling his mom from his mobile phone asking her to get him married.

In essence this move from vouchers to e-Top Up, enabled Telcos to acquire subscribers who were almost at the bottom of the Pyramid and was the cause of a major disruption in the industry. Consumer behaviour changed from customers doing an average of 1 recharge a month to an average of 1 recharge every week. It was mayhem, call rates came down drastically resulting in a bloody price war among Telco’s . It was not restricted to just voice and data tariffs, even the costs of mobile phones came down and more & more cheaper phones became available. By 2010 quite a few emerging countries saw 100% plus penetration of mobile phones.

Since its early days in 2000, eTopup sytems have kept evolving in terms of both features and monetization ideas, and with it the eTopup platform has also seen many innovations. Both technology providers and Telcos worked hand in hand and the E-Topup software platform became the most important platform amongst all the BSS platforms, maybe at par with the convergent billing of the prepaid charging and billing system. The Billing system and the eTopup systems were the revenue collecting cash register. Telco Management and C-Level had a hawk’s eye on the etopup and to some extent on the Voucher Management System (Stay tuned on why I think Vouchers will always be there in the market in spite of all the digitization happening all around, in my next Blog). The eTopup started doing much more than just recharging phones. Some smart Telcos monetized their massive distribution chain with whatever could be sold through this distribution chain. The sheer number of Agents acquired for this topup distribution chain was overwhelming. There was a time when the Postal network of India was considered the biggest distribution channel under single management, with 154,965 Post Offices (as on 31.03,2017). I remember Telcos wanted to be able to tie up with the Post office to sell their vouchers. But this was before etopup. With etopup Telcos in India created their own networks of more than 1.6Mn Agents, (almost 10 times the size of the Postal network). That works out to an agent in every 2 sq KM of the country. I often ask people that if you were to parachute to any part of India, what do you think you will find first, the nearest Post Office? Or the nearest etopup agent?

Theoretically any digital content and digital services pushed down this distribution chain should sell. e.g., VAS ring tones, caller ringtones, songs, ticketing, postpaid and all kinds of bill-payments including non telco bill payment and recharges. All in all a good and an efficient eTopup software platform became the most prized possession of all the Telcos in emerging markets. Well, that was the emergence of eTopup through my eyes as a witness within the industry, let’s look at the re-emergence in the next section.

By 2010 the eTopup had almost become a commodity, highly robust & scalable with some e-Top Up software platforms processing very high volume of transactions and achieving 50 million transactions in a day., Fully loaded systems with features became a huge benefit for subscribers, Telcos and the Agents/Retailers. Market for Platform providers and technology enablers was almost saturated, most of the Telcos had their eTopup system and the only opportunities available to the vendors were a platform swap or upgrade deals here and there.

It was now generally perceived that eTopup had become a commodity, and that there was little or no scope of innovation on this solution. While the eTopup platform was evolving and reaching its prime, another technology that was catching on was the Mobile Money /Mobile Financial Services solution. The Mobile Money Platforms solved a completely different business problem by providing financial services access to underserved or people with no access to financial services. Both eTopup and Mobile Money platforms were very similar in terms of technology stack, the mechanisms of Wallets, payments transactions and the security aspects of it. It was a natural path of progression for all eTopup Vendors to also develop and invest in the development of the Mobile Money Platform or the Mobile Financial Services Platform. The complete innovation focus shifted from eTopup to Mobile Money and most of the Technology Vendors almost Orphaned their eTopup product. Mobile Money was the exciting new girl in the town.

Thou by 2014 the eTopup technology Vendors shifted their focus from eTopup to Mobile money, Telco’s were still heavily dependent on the flawless performance of their eTopup platform, it’s their Cash-register, remember!

The Technology provider vendors focus on eTopup was limited, mostly to support their already deployed platforms. Telcos were more or less happy with the eTopup platforms, they all had a loaded feature rich platform and wanted it to:

With the reduced focus of the Technology providers on the etopup platform, Telcos decided to innovate themselves and work with technology enablers who were willing to deliver platforms that meet all the above-mentioned business needs.

Years-2018 and 2019 has seen 2 major transformation of eTopup platforms at:

Estel Technologies, India was awarded both the transformation project for delivering both projects in DevSecOps and Agile Methodology.

This new eTopup architecture had the following and much more: 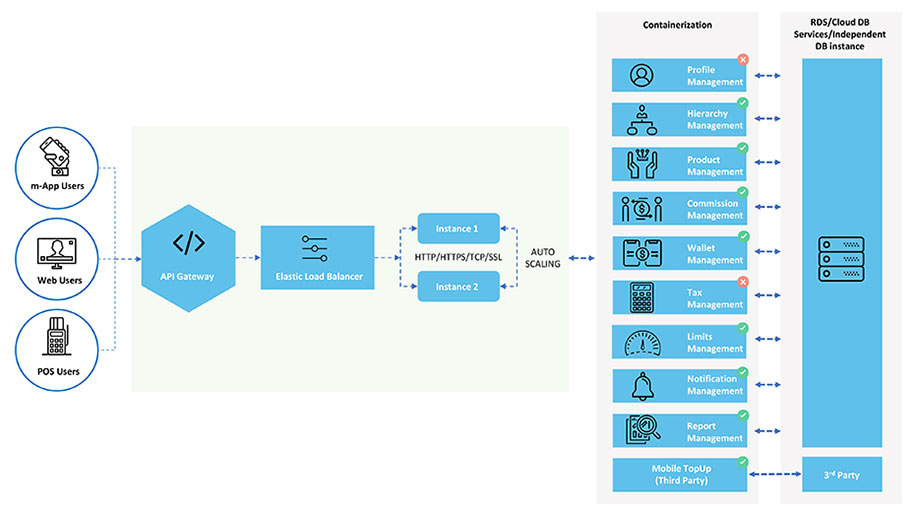 Appreciate your comments thoughts feedback on this Blog.

Surajit has more than 25 years of experience in Mobile Financial Services and Telecom Technologies and Products. He is an avid lover of French cuisine and loves to blog about Mobile Technologies and the history of telecom in India. 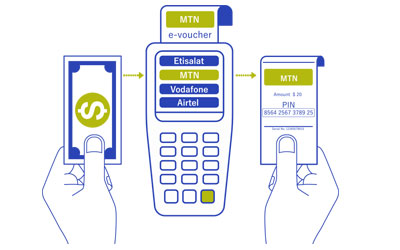 The “Once Upon a Time” and Re-Emergence of E-Topup< 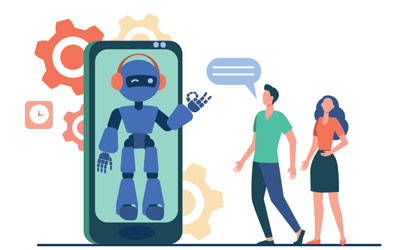 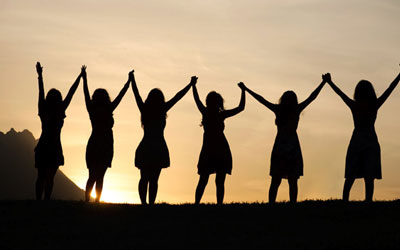 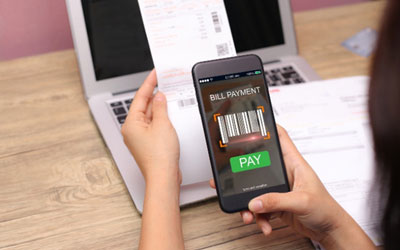 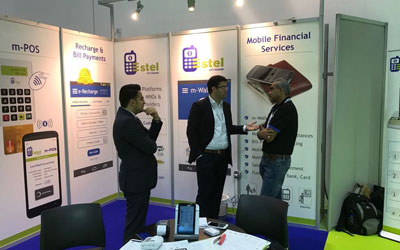 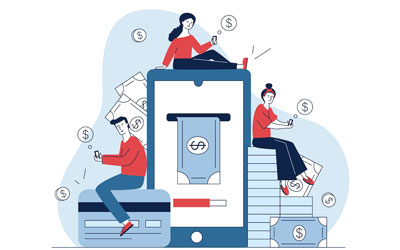 Thinking about a great career, with Estel you will go beyond the boundaries. Check our careers section to know more about available positions.

Estel is expanding in key markets through a world-wide network of partners. You are invited to be a part of this success story.